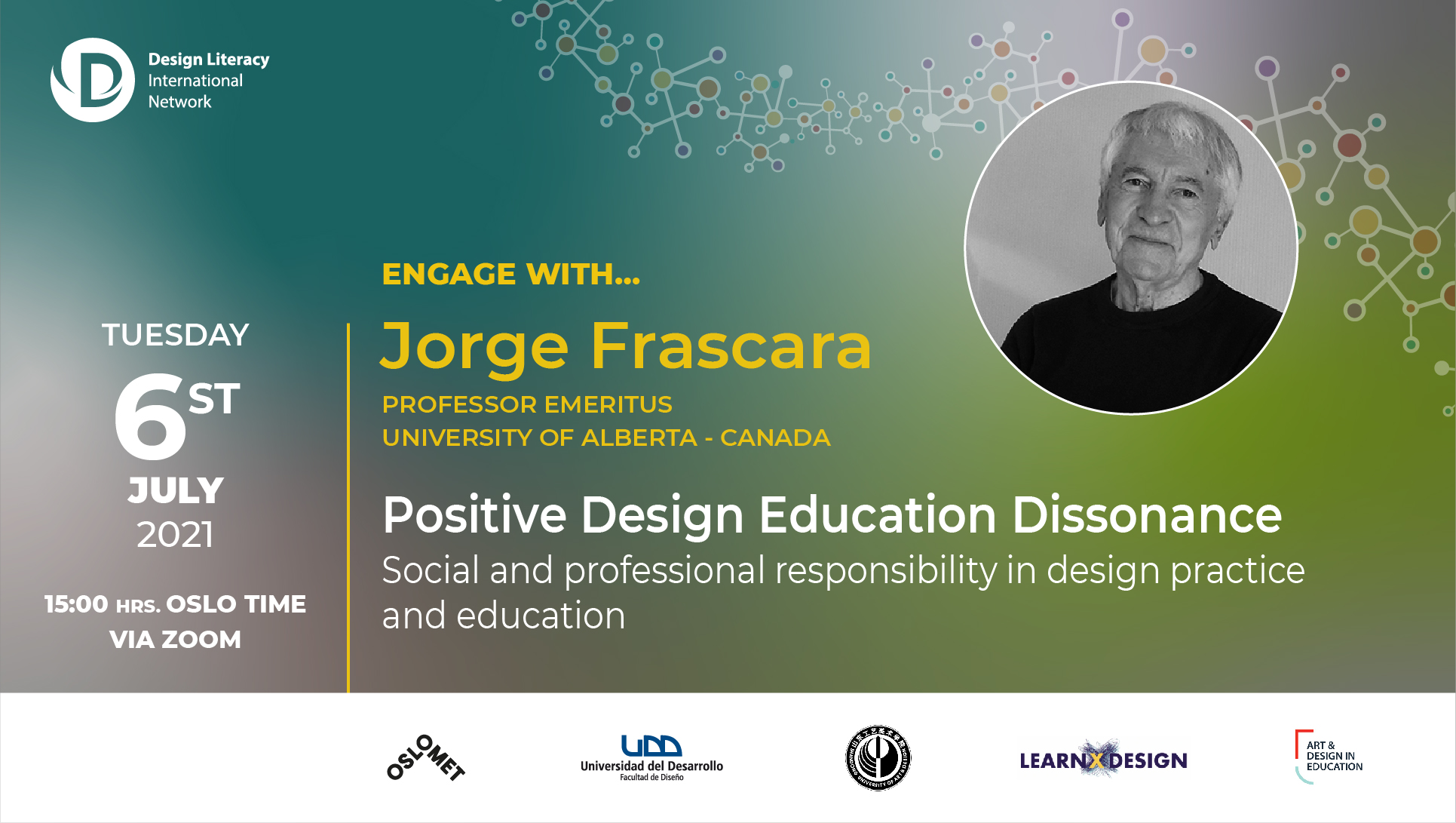 Jorge Frascara will discuss his 2007 journal article titled Hiding Lack of Knowledge: Bad Words in Design Education published in the Design Issues: Volume 23, Number 4.  In the article  Jorge explored relationship between academic practices of “design research” and training future designers. He has suggested that “master-apprentice” model is limiting how academics conceptualise design education and subsequently what sort of designers are ‘produced’ by the Higher Education institutions.

Although the Hiding Lack of Knowledge: Bad Words in Design Education article was published 14 years ago a cursory review of the current published design academic output research suggests that design scholars rather then critically exploring the implications of “master-apprentice” model, the model is being predominately uncritically reinforced by the scholars. Actually, the “master-apprentice” model has gain a traction well beyond the design discipline and it has been now adopted by other disciplines by taking up the ‘Design Thinking’.

You may also like to explore another Jorge Frascara’s article titled Graphic Design: Fine Art or Social Science? which was published a decade earlier also in the Design Issues.  This article outlined elements underpinning the Graphic Design practices and then it used this as a base to explore how might educating of future designers look like. Again, given the laps of time, of three decades, allows us to ponder if any of the ideas put forward by Jorge have become a norm in the current education practices.

During the play of the video you can click on the yellow dots above the video player control bar to navigate between the different chapters of the video.

During the play of the video you can click on the yellow dots above the video player control bar to navigate between the different chapters of the video.

This document provides Jorge Frascara Questions and Answers which have been entered into the chat during the event. 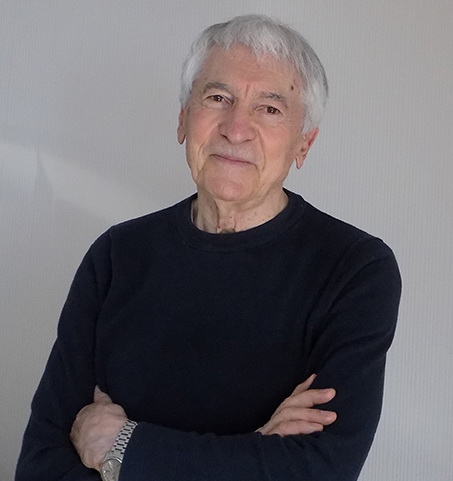 Jorge Frascara is Professor Emeritus and former Chairman, Art and Design, University of Alberta; Honorary Professor, Emily Carr University; Fellow, Society of Graphic Designers of Canada; Former-President of Ico-D (International Council of Design); Advisor, Doctorate in Design, IUAV University of Venice; Advisory Board Member, Master Design Hochschule Luzern, and Editorial Board Member of Visible Language, Design Issues, and Information Design Journal.
He published more than 90 articles and eleven books, the last in English being Information Design as Principled Action (Common Ground 2015) and the best sold one is Design and the Social Sciences: Making connections (Taylor & Francis 2002). He has been advisor to the International Standards Organization (ISO), the Canadian Standards Association and the Canadian Standards Council on public information symbols. He has been a guest lecturer in 26 countries and has received honours from eight countries for his socially-oriented practice and promotion of communication design.
Past clients include the Government of Canada, the Government of Alberta, the Mission Possible Coalition (traffic safety), the Alberta Drug Utilization Program, Alberta Health Services, and the Health Services Evaluation Centre of Emilia Romagna, Italy. He now lives in Lucerne, Switzerland, consulting on communication design, mainly for projects related to information design, health and safety design, and design education.

Bookings are closed for this event.